“Let’s give the chance to everyone to speak out”: an experience of co-creation 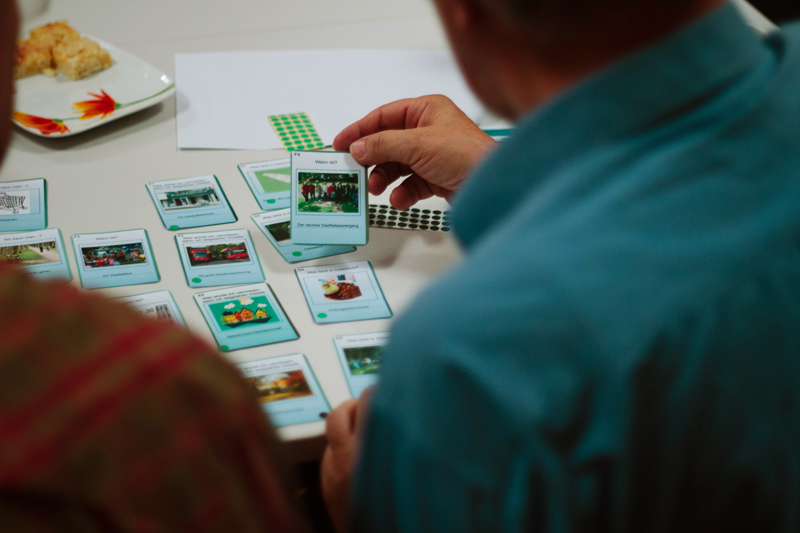 Our society walks, acts, reacts fast. And it often behaves as if older people were second-class citizens, whose needs, concerns and wishes should not be considered on an equal ground as those of other age groups. Older age is so frequently associated to the ideas of “slow pace”, “hard of hearing”, “repetition”, “old fashion”, just to name a few. What is the place of seniors in our fast-paced, loud and showy societies?

Luckily such trend is challenged by some. In the field of policies and research, it is possible to find happy oasis where seniors are valuable resources, and whose expertise rhymes with progress and innovation. It is the case of the European project Mobile Age that designed, engineered and implemented mobile apps (smartphone and tablet applications) with older persons themselves, in a genuine, iterative co-creation process that led seniors to be the real and ultimate owners of such digital solutions. Financed by the European Horizon2020 Programme for Research and Innovation, Mobile Age is grounded on co-creation, and its example shows the power of this methodology and practice at all stages of research.

Co-creation is the process of involving all stakeholders (persons having an interest in a certain product or service) into the ideation, design and implementation of wished solutions. It is an iterative process, rooted on the direct engagement of users and intermediaries, and easing the uptake of such solutions by the persons those solutions are meant for. A genuine user involvement makes people feel as real contributors and co-owners of the outcomes of such process.

“Regardless of age and digital literacy, […] if we want human rights to be respected, the coming digital world must be designed with and for all citizens” said once José Luis Tejedor from CEOMA, Spanish Confederation of Senior Associations, and Executive Board member of AGE Platform Europe.

And this was the Mobile Age project starting point. Lindsey, a participant from the English pilot in South Lakeland stated:

“When I saw the word co-creation, I knew what it should mean, but I wasn’t sure if it would just be somebody’s idea of “oh, let’s call it co-creation, but it isn’t really!”, but actually it was. It was more like a team. I felt on an equal par with everyone, so my doubts were unfounded. And it was actually really co-creation, although I was a bit worried whether it would be”.

At this point, it is important to make an official disclaimer: none of the seniors involved in the process are tech-savvy! Barbara from South Lakeland reported:

So let’s give the chance to everyone to speak out and get involved, let’s co-create the solutions for our own future: we all age, and we all become experts of our own needs and challenges, to the point that we may be surprised of the impact we can have!

Every life matters, also the one of older people! Don’t let them fall out of the picture!