‘Take your money, get out of Denmark and don’t come back’ 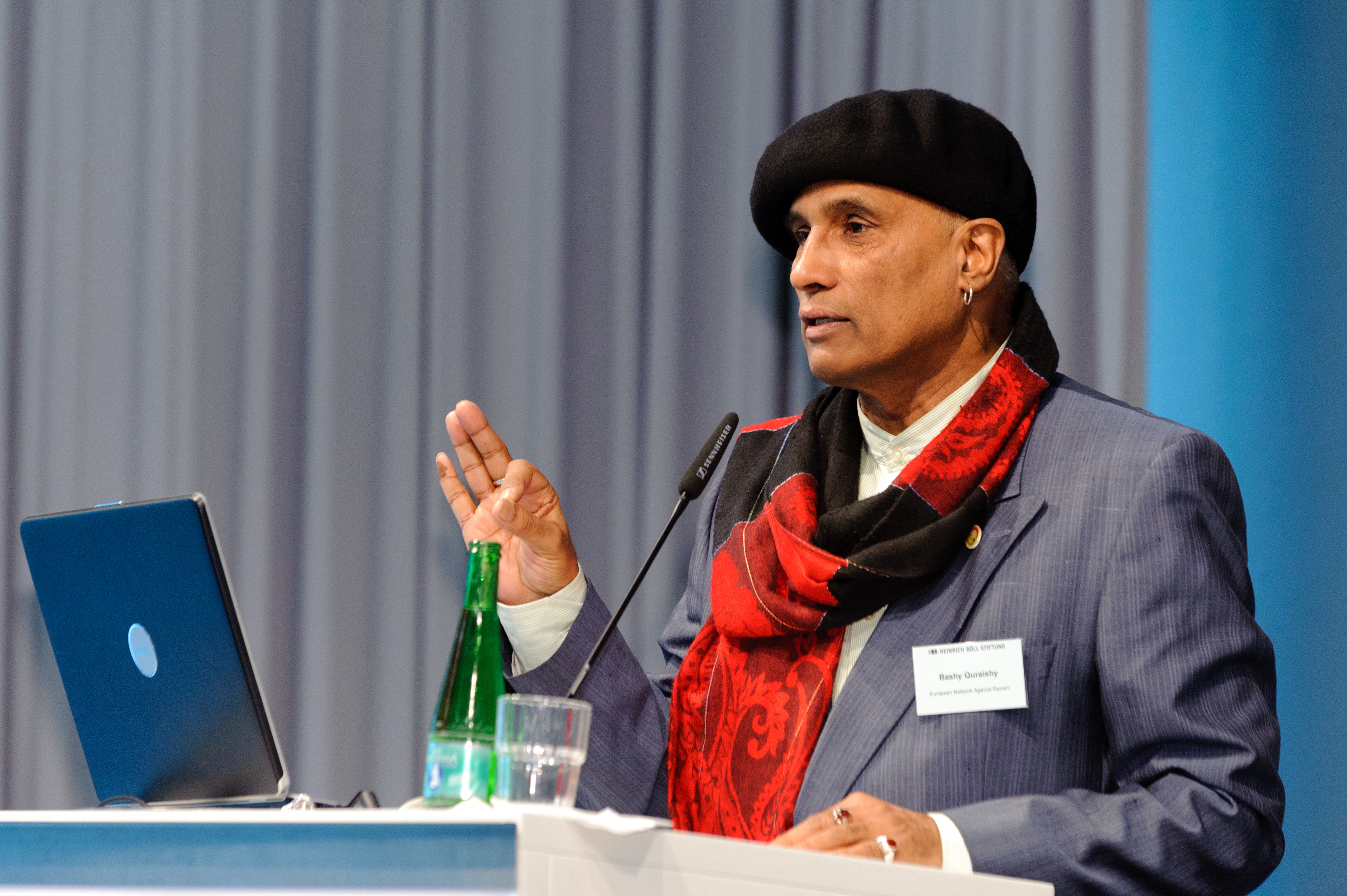 Bashy Quraishy is National Coordinator of ENAR Denmark. In this interview, first published in 2012, he reveals his perceptions and experience of becoming an older ethnic minority in Denmark, and gives us more insight into what this means in the specific area of employment.

What are the working conditions in your country or community like? How do you feel/have felt during your working time?

In Denmark, people with ethnic minority background came as migrant workers in the 1970s and were initially invited. Later they came of their own free will to work in factories, the service sector, for low-paid and difficult jobs that Danish people didn’t want to do. And it was the same situation in other European countries, Denmark is not an exception. Denmark is a welfare state, so the conditions were extremely good in the beginning. But when unemployment started in the 1980s, migrants and ethnic minorities were the ones who were hired the last and fired the first, so their working conditions changed dramatically. From being welcomed guest workers, they became unwelcomed workers, unwelcomed immigrants. (…) The Pakistani community, which I am part of, did however fairly well because from the beginning they started having their own businesses and could afford to give their children a good education, and they are now moving upward. But xenophobia and discrimination against ethnic minorities is very prevalent and still affects the job situation in the labour market.

Have you ever been discriminated against when you were applying for a job as an older ethnic minority?

In 1970, I left Canada and came to Denmark as a tourist and I decided to stay here. I applied to about 70 companies for engineering jobs and even though I had very specialised qualifications, only one called me back for an interview. So I went there and had the interview with a very kind man who then called the department chief in and when she looked at me, she said in Danish to the manager “This guy looks like a Casanova so he’s not good for my department because there are a lot of women and it will create trouble”. Even though she said it in Danish, which she thought I didn’t understand, I could pick up a lot of it because I could speak German and English. Then the manager told me “Mr. Quraishy, your qualification is okay but you have the wrong colour”. I asked “But what do you mean the wrong colour? I think I have a beautiful colour and Europeans want to be brown, what is wrong that!?”. But he didn’t mean “colour” in that sense, as he added “we didn’t invite people like you to work as engineers or doctors but as dishwashers and windows cleaners.” This was my first experience of discrimination on the labour market. I was so angry that I took all my diplomas, threw them away and never used them again. This mind-set is still very prevalent in European society today. Even for the descendants of these older ethnic minorities and migrants, who were born and educated in Denmark, who speak fluently Danish: if their name is Mustafa, Hassan or some non-Danish name, very often their job applications are not even considered.

Has your status as a migrant/ethnic minority had an impact on your right to a pension? If so, how?

In Denmark, anybody who has lived in the country for 40 uninterrupted years and has been active in the labour market for the last 10 years out of 15, has a right to a full pension. There are two other types of pensions, one is called Fortidspension, to which you are entitled if you are seriously ill or have an accident, then you are entitled to an early retirement but this type of pension has become very difficult to obtain. The second one is for those who turn 60, they can apply to retire from labour market and receive 90% of their wages for 5 years but this has now been curtailed.

There are two important points relating to the pension: first, if you’re a migrant and you haven’t lived here for 40 years, you will only receive a pension for the years that you have lived here. This has dramatic financial consequences for some older migrants. Second, if you are a refugee, then the time you have worked in your homeland, outside Denmark, counts too.

Another significant problem is that the government does not do anything to inform ethnic minorities and migrants about their rights and the conditions to fulfill to have a right to pension. This is why people who go back to their homeland for 1 or 2 years and then come back to Denmark miss those years of work when they were outside Denmark, but nobody told them.

Do you feel being/having been employed makes you a part of your country’s society as an older ethnic minority?

Majority societies in Europe have been mistaken in failing to appreciate all the hard work completed by elderly ethnic minorities and their significant contribution in building European societies. One of the things I always hear from older ethnic minorities is that their work has never been appreciated and that they’re actually considered as a burden. Denmark has even introduced “repatriation laws”, which basically means “take your money, get out of Denmark and don’t come back”. Some of them take this chance to go but then cannot come back. If they have a health condition when they go back to their countries and realise that there are not the same medical facilities as in Denmark, it’s too late to come back.

The full interview of Bashy Quraishy is accessible here