Trying to make sense of ageism in health 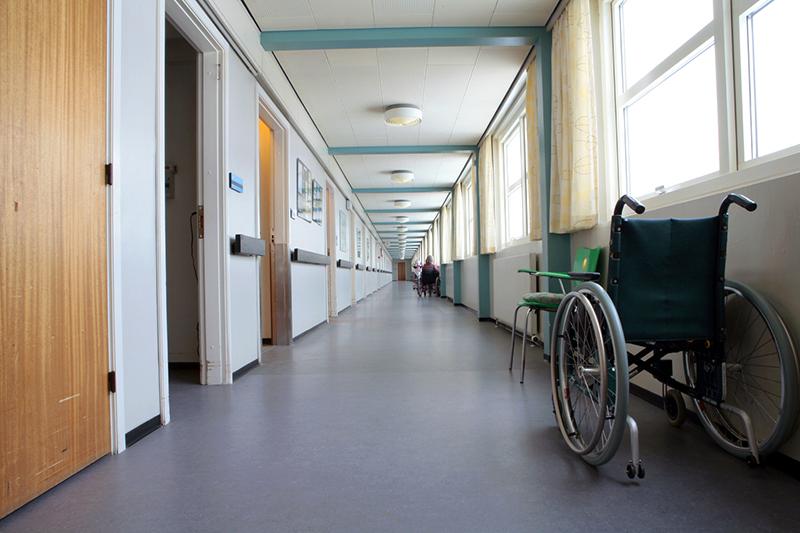 Peter Lloyd-Sherlock, Professor of Social Policy & International Development at University of East Anglia, puts the finger on the ageist way in which ‘good health’ is assessed in older age

Making sense of ageism when it relates to health is tricky. On one hand, good health for all is recognised as a universal human right. But what does “good health” mean when we are referring to someone aged say 85? Surely, it cannot be understood in the same terms as “good health” for someone in their 20s. I remember interviewing an older woman in Brazil who, in response to a simple question about her overall health, replied that it was “good”. On further probing, she mentioned that she was partially blind, had high blood pressure, arthritis in both hands and often felt depressed. She added that she felt this was not so bad, given that most of the people she knew and her own parents had died at younger ages. If we cannot agree what constitutes “good health” for the very old, then broad statements about human rights are largely meaningless.

Often, decisions about access to health care take into account the age of the individual. When can this be considered reasonable prioritisation of scarce resources and when does this become unjustifiably ageist? This is particularly relevant in low and middle-income countries where funding for health services is more limited and where populations are ageing quickly. In countries where large numbers of people cannot expect to survive into later life, it might be argued that older people have already enjoyed a “fair inning” and equitable policies should focus on the young.

And yet, with colleagues, I have contended that there is entrenched ageism in health policy and practice, at both the global and the national levels (https://www.bmj.com/content/354/bmj.i4514). I’ll provide just one example of this.

The United Nations Sustainable Development Goals include a number of targets related to health. One of these is an ambitious aim to “reduce premature mortality from non-communicable diseases (NCDs) by a third by 2030”. NCDs are a collective term for conditions like cancer, cardiovascular disease, diabetes and dementia. The problem lies in how the UN (and World Health Organisation define “premature mortality”). This is specified as deaths occurring between the ages of 30 and 69. In other words, deaths occurring beyond age 70 should not be considered to be “premature” and should not be included in the UN target.

There are several problems with this approach.

First, the term “premature” has no scientific basis. Why should a death of a person aged 60 from a condition which is extremely expensive, if not impossible, to treat be categorised as “premature”, while the death of someone aged 70 and over from something easily and cheaply prevented (say uncontrolled blood pressure) be defined as being “in good time”?

Second, the target sends out a strong message to governments that they should divert substantial resources away from people who will be aged 70 or more by 2030 (that doesn’t include me, by the way, so no conflict of interest here) to younger adults in order to meet these very ambitious targets. Reducing cancer deaths among people aged under 69 by a third is a laudable target, but is likely to lead to the denial of cheap and cost-effective life-saving interventions for many people just because they happen to have turned 70.

Third, this sort of target has a large effect on how we monitor and compare health trends across different countries. It is sometime argued (wrongly) that we do not have sufficient data on causes of death for older people to permit evaluation of trends over time. This is not the case now, but that may change by 2030. Already, most surveys of NCDs focus entirely on “premature” deaths. For an example of this, see WHO Europe Region’s recent report available at: http://www.euro.who.int/en/publications/abstracts/european-health-report-2018.-more-than-numbers-evidence-for-all-2018

Finally, this approach to NCDs both reflects and reinforces the view that a life lived beyond 69 has intrinsically less value than one lived at a younger age, both socially and for the individual. Previously, WHO justified this judgement by claiming that older people are less “economically and socially productive” than other age groups. This is an inaccurate stereotype and suggests that all health spending should be dictated by the productivity of recipients –a depressing and unacceptable premise for most of us.

Not surprisingly, a number of academics and organisations have picked up on the ageist SDG targets and called for a more inclusive approach to NCD mortality. Recently, these calls were echoed in a strongly-worded article in the Lancet (https://www.thelancet.com/journals/lancet/article/PIIS0140-6736(18)31992-5/fulltext). Yet, there would appear to be no sign that change is being considered by either the UN or WHO. As such, the “premature mortality” target has the dubious status of being the only Sustainable Development Goal which explicitly and unashamedly discriminates against a particular group of people. It is hard to imagine the same being permitted with reference to ethnicity, sexuality or disability.

The fact that influential global organisations are able to get away with this discrimination is symptomatic of wider ageist attitudes in the health sector, ranging from individual clinical decisions to national priority-setting. There isn’t space here to do justice to the degree and variety of these practices or to explain why they go beyond reasonable prioritisation. Good examples can be found at:

It isn’t easy to identify a point at which the sad necessity of priority-setting and rationing access to health services crosses a line and becomes unjustifiable discrimination. For an excellent study about how these difficult decisions are made by clinicians, see:

And this uncertainty allows ageist practices to continue largely unchallenged. To meaningfully address these problems we need to go beyond vague platitudes of “good health for all” and identify clear parameters of what is unacceptable.

Peter Lloyd-Sherlock is Professor of Social Policy & International Development at the University of East Anglia and a campaigner against ageism. His research looks at social protection, health and the wellbeing of older people in developing countries and the economic and social effects of non-communicable diseases, such as stroke, heart disease and Alzheimer’s Disease.