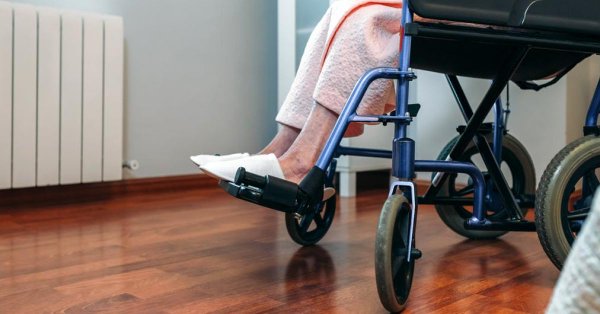 A new report on Estonia by the Council of Europe’s Commissioner for Human Rights, Dunja Mijatović, shows just how important it is to monitor older people’s enjoyment of their rights. Following her June visit to Estonia, Mijatović called on the Estonian government to “enable older persons to live independently and in the community as long as possible or as long as they wish.”

During her visit, Mijatović spoke with older people and visited an institution for older people. In her report she noted that “people who would otherwise be able to cope in their home environment with the help of support services are forced to move to social care homes.”

Her report also found that between 2012 and 2014, Estonia increased by 80 percent the number of places for older people in institutions. In contrast, the government only expanded home-based support services by 10 percent. Given this disparity, it’s no wonder so many older people end up in institutions.

Older people should not be forced to live in an institution because a government fails to create necessary services in the community. Instead, the report says, governments should be “increasing home-based services, and progressively relocating residents from large institutions into smaller community living structures.”

Older people should enjoy the equal protection of all of their rights, including support services that allow them to maintain living independently in their communities.

The #AgeingEqual campaign, which brings together groups working across Europe and beyond, including Human Rights Watch, reminds us that human rights do not diminish with age. That’s something for which we should all be grateful, no matter how young we are.