Children’s attitudes regarding older people – Are they ageist? 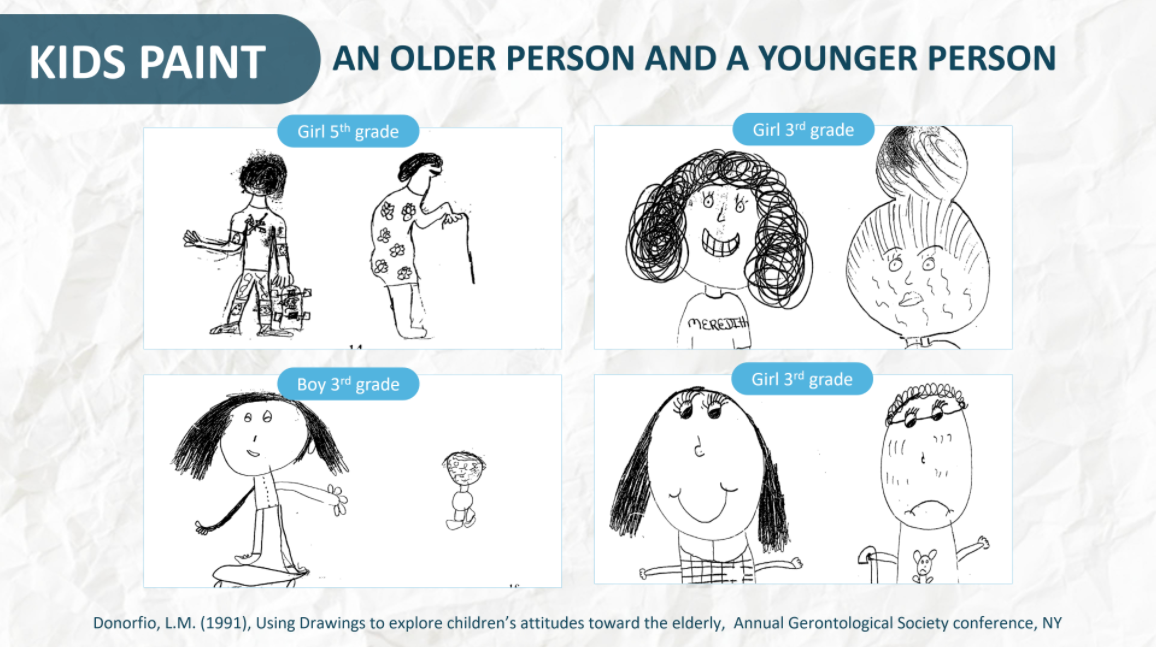 The literature presents mixed findings regarding the existence of ageism among children, which have been linked with the diversity of measures used. Joana Mendonça, PhD Candidate at the Lisbon University Institute, makes an attempt to clarifying the situation…

Differently, people belong to different age groups along their life course and, consequently, everybody can become a target of ageism. Stereotypes about older people and the ageing process become internalized over time and tend to eventually become self-stereotypes as people age, affecting negatively their future self-concept and well-being.

Faced with the mixed findings regarding the existence of ageism among children, we carried a literature review and proposed a classification of measures available to assess ageism based on two criteria:

Our research shows that the existence of ageism among children was more evident in studies using implicit measures than explicit ones. For instance, in a study using a puzzle task, children showed a clear preference for younger adults in comparison with older ones. Also in studies where children were asked to draw typical older persons, the drawings were mostly negative in their content, showing an association between old age and loneliness.

However, children’s representations of older people were more positive and diverse when asked to draw familiar older persons (e.g. a grandparent).

These findings allowed us to make recommendations regarding the improvement of measures to assess children’s attitudes toward older people across childhood. These measures can be very useful in several contexts, namely for a deeper understanding about the development of children’s attitudes regarding older people and for the assessment of intervention programs aimed to fight ageism at an early age.