“If you seek to prevent us from growing old free to choose, you will force us to become outlawed” 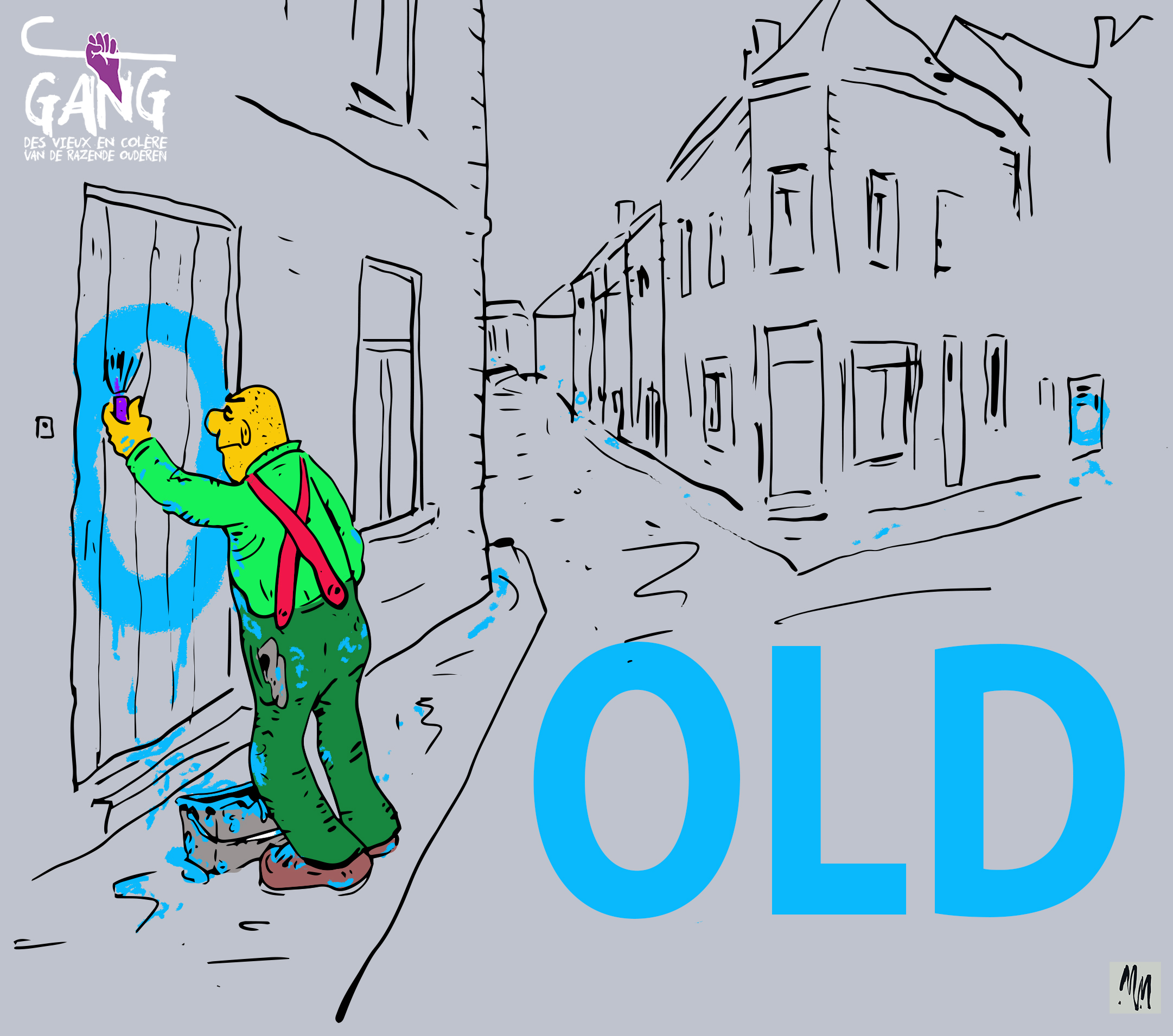 In the midst of the COVID-19 pandemic, the Belgian Prime Minister Sophie Wilmes suggests writing a ‘Senior Citizens’ Charter’ defining activities older people should restrain from doing in a post-pandemic world. As a response, she received an Open Letter from the Angry Old’s Gang that strongly rejected both the charter and the labelling of older people as a ‘Risk Group’.

This letter was initially published on the website of the Gang and is translated here with their kind authorisation.

As you know, a large part of those whom you euphemistically call “seniors” have, since January 2018, joined together in a citizens’ movement which today has more than 12,500 members and supporters: “The Angry Old’s Gang”.

In the press this week, we found out that your provisional government would be looking into what you call “risk groups”. Indeed, you believe that it would be useful for everyone to pay close attention to these “risk groups”. So far, we agree.

It is obvious that EVERYBODY who has an immunodeficiency (and the list is a long one, starting with some Prime Ministers like Boris Johnson) is at greater risk of catching a virus, a bacterium, a germ that passes by. It is true that, for the sake of saving and lack of foresight, thousands of immuno-suppressed people have paid with their lives for the lack of health care personnel and all the protections indispensable to the fight against the pandemic (masks, respirators, painkillers, beds, gowns, gloves, tests, etc.). Today, we are reassured because your Minister of Health, Mrs. De Block, has already understood that no one wants to entrust her with a ministry and we are sure that your provisional government has learned its lesson and will be keen to put our entire health system back on track.

But your intervention on “risk groups” was not limited to this recommendation. We learn, we suddenly discover that your administration has decided to “study the drafting of a charter for your dear seniors”, a charter defining the activities they would be forbidden to engage in in the future.

Why didn’t you consult our citizen movement?
Why didn’t you at least invite us to a consultation table to discuss such a serious subject as it affects our fundamental rights?
Who is “senior”? Who is not?

Everybody is somebody’s old lady or old man. There is only one force of soul: respect for the freedom to live as a human being, of equal value regardless of age. We are, Madame Wilmès, your equals. You should know, Madam Prime Minister, that this segregationist idea is unconstitutional and that it is therefore we, the Old Ones, who prohibit your services from any “charter opposing Old and Young”, even on the pretext of protection. You yourself, Madam, your youth is slipping away and we wish you to become truly old one day. So make sure that this “Old” status has not become, by your fault, an arbitrary sign of infantilization and alienation.

In a system where all old people would experience prohibition, each old man or woman would lose his/her individual rights. Only the group would still have some. And this group (Black people, Jews, Women, Old people or Red-haired people) would be limited, forbidden? No, Madam! The Angry Old’s Gang refuses any discrimination or even exclusion of a part of the population which, as a result, would no longer have the same rights, places to live or jobs as the rest of the community.

We didn’t wait for the first belated recommendations of the National Security Council to think about how to escape the disease, how to reorganize daily life in an emergency. Health above all is what kept us in the dark. Old people are adults who have a duty to go and vote, so they have the right to be free. Since January, the Gang has abstained from any action of civil disobedience (such as invading a care home on the Epiphany), guided by the sole concern of not giving the image of a movement that would endanger the population. Know that the “Angry Old’s Gang” will oppose by all possible and imaginable means any charter that would restrict any activity or ban old people from anything.

Belgium is a democracy, not a dictatorship.

Age inequality would be the greatest denial of the universality of human rights in their most fundamental sense. We will fight with all our strength against any generational apartheid! If you seek to prevent us from growing old free to choose, you will force us to become outlawed, and thousands of us will choose the unhealthy promiscuity of your prisons rather than an attack on our fundamental rights.

We hereby ask you very officially to abandon this “Senior Citizens’ Charter” project altogether. What ALL older people need are decent minimum retirement pensions and care homes that stop being a sinkhole.

Michel Huisman is co-founder and spokesperson of the Angry Old’s Gang (Gang des Vieux en Colère). Learn more about the Gang on their website.